The Spectral Life of Things 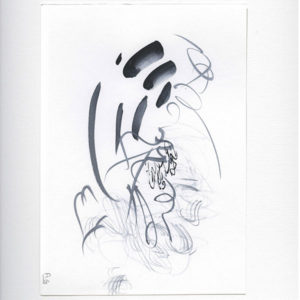 THE SPECTRAL LIFE OF THINGS

The music of Christopher Culpo and Catherine Sikora has been described as open and responsive, their musical lines being cohesive and together yet springing into unexpected directions.  Ideas diverge and then converge, filled with surprise and humour.  In sum: free and fresh.

The Spectral Life of Things is the duo’s first recording and took place in one afternoon in Paris, while artist Anne Graaff did a series of beautiful paintings, one of which is the cover art for the album.

Recorded and mixed by John Meyers at IMEP Paris College of Music on April 23, 2017
Mastered by Eric Mingus
Artwork by Anne Graaff
Special thanks to John Meyers, Eric Mingus, Guy Von Gaudecker, IMEP and the Centre Culturel Irlandais in Paris.

The Spectral Life of Things

For booking inquires, info & other requests